The Federation of Swiss Psychologists (FSP) has a Code of Professional Conduct for the protection of the general public from abuse of psychology (statutes art. 4.12). The Supervisory Commission, appointed by the delegates assembly, watches over the observance of the Code of Professional Conduct and punishes infringements in the courts of law.
The principles established in the present Code reflect the various aspects of responsibility implied in the professional application of psychology in research, teaching and practice. This is especially valid where people are concerned, – clients, groups, organizations, persons used for experimental purposes, or students.
The Code of Professional Conduct acts as a guide to professional behaviour for the individual members of the FSP, as an actual expression of the ethical consensus within the FSP, as well as a basis for the settling of complaints.
On joining the FSP each member undertakes to abide by the Code. The individual members, the affiliated associations and particularly the teaching institutions have the responsibility of promulgating the basic ideas as well as the various stipulations of the Code.
II. Ethical principles of the Code of Professional Conduct

The members of the FSP take responsibility for their professional actions, bearing in mind the possible personal and social consequences of the same.

Responsible pursuit of the profession requires personal and professional competency. The members of the FSP keep their knowledge and skill up to date by continuous training. They are also aware of the limits of their competency.

3. Professional discretion and protection of data

FSP members undertake to respect the pledge of professional confidentiality and to actively protect the information entrusted to them.

FSP members undertake to establish their professional relations in an open and clear manner with no disadvantage to the persons or institutions concerned.

FSP members pledge to be honest, objective and without exaggeration in advertising their services.

6. Joint responsibility for the professional ethics of the FSP and its members

FSP members engage to support the ethical objectives of the FSP, as defined in the statutes and in the Code of Professional Conduct.

III. Reglementation for the treatment of complaints by the Supervisory Commission

The Supervisory Commission, hereafter called the Commission, has jurisdiction over the treatment of complaints against members of the FSP. The Commission is composed of a chairman and four members as well as two substitute members. It is composed of at least two men and two women. The Commission is elected by the FSP delegates assembly with a mandate of two years. Re-election is possible. The passing of a resolution requires the presence of all 5 members of the Commission. The passing of a resolution is done by simple majority, abstention is not permitted. If a member is partial in a matter of complaint, he or she must temporarily stand down and be replaced by another member.

When claimed that an FSP member has infringed the principles of the Code of Professional Conduct.

6. Protection of personal rights, release from the pledge of professional confidentiality

The fundamental rights of the persons participating in and possibly concerned with the proceedings must be protected. Personal data and information permitting conclusions about a certain person are not to be revealed at any stage of the proceedings. In all proceedings it must be ensured that the member against whom the complaint is lodged is legally released from the obligation of professional confidentiality in relation to the Commission and the commission of appeal.

The complaint is handed over to the member against whom the complaint is lodged, with the summons that he/she responds within 30 days. The 30 days may be extended on certain justified grounds.

Once the response has been received, the Commission can proceed to further clarifications, namely -consider statements relevant to the case by persons concerned with the proceedings or third parties, -obtain or seek the views of any FSP affiliated associations to which the accused member belongs, -seek expert opinion.

9. Legal audition, rights of the parties

After the evidence has been heard, the accused member must be given the opportunity to state his/her conclusions. The person in charge of the proceedings must remain impartial throughout their course.

The commission may impose the following penalties: a) Reprimand, b) reprimand with notification of the executive committees of the affiliate associations to which the member belongs, c) reprimand with proclamation within the FSP, d) temporary suspension of membership, e) expulsion. In determining penalties, the Commission takes into consideration the severity of the infraction and the degree of responsibility of the accused member. Repeated or continual infractions of the Code will increase the severity of penalties. The willingness to repair the accrued damage, to avoid future infractions by appropriate measures and to consider recommendations and orders of the Commission, will mitigate the penalties.

12. Announcement of the decision

14. Keeping the records of complaint

On completion of the complaint proceedings, the complaint records are sealed. The Commission keeps a register of concluded complaint proceedings. This contains the names of the accused members, the decision dates and a note of the outcome. No record is kept of obviously unfounded complaints. The files are destroyed and the entry in the register removed ten years after the completion of the proceedings. The chairman of the Commission is responsible for keeping and later destroying the records, as well as for the keeping of the record of documents.

Neither the parties concerned nor third parties are permitted access to the files, except under obligatory decrees of data protection. The Commission is authorized to consult filed documents, if new complaint proceedings are started against a member with a previous complaint still on record.

16. Pledge of confidentiality by the commission members

Commission members are pledged to respect the confidentiality of all information obtained through the exercise of their duties. In cases of serious or continual infractions of the Code of Professional Conduct, the Commission has the right to notify, or file a declaration with, the relevant government board of control. Prior to this it must obtain permission from the aggrieved party.

The Commission makes an annual report on its activities to the delegates assembly. The personal rights of all parties involved in the complaints proceedings must be strictly respected therein. In case of doubt, the German version is authoritative. These regulations were approved by the assembly of delegates of the FSP on 16 November 1991. 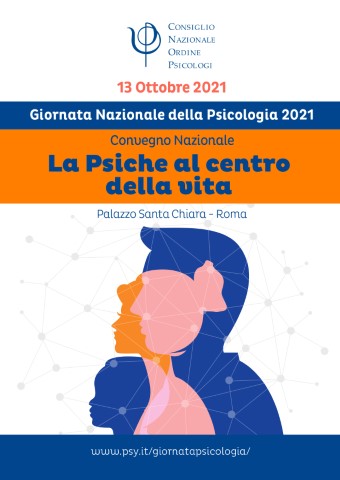